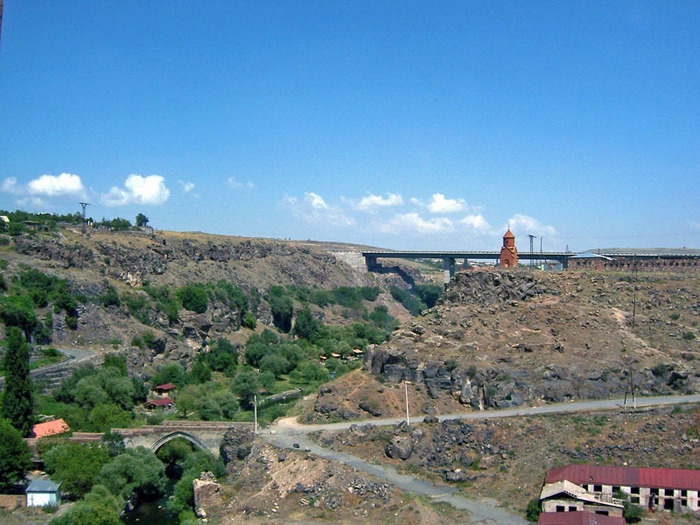 The city of Goris is located I the most southern part of Armenia, in Syunik Region. Goris is one of the ancient places in Armenia that was settled since Stone Age. The explanation for the name means “gor” as “rock” in Indo-European prelanguage, and “es” as “to be.” The ancient dwellings of the town have been carved into the rock.

The town is situated in the valley of Goris River which is surrounded by Zangezur Mountains. Located in an alpine climate zone, the weather of Goris is characterized with mild snowy winters and hot summers. The average temperature in January is –1.3 °C and +19 °C in July.

Goris is the gateway to the South of Armenia – to Kapan administrative center of the region or Meghri, in order to pass to Iran. The travelers to Karabakh (Artsakh) can have the last stop in Goris as the last major city before reaching to Karabakh.

View the embedded image gallery online at:
http://eltravelclub.am/en/attractions/historical-cities-villages/item/195-goris#sigProId36df25bc36
back to top