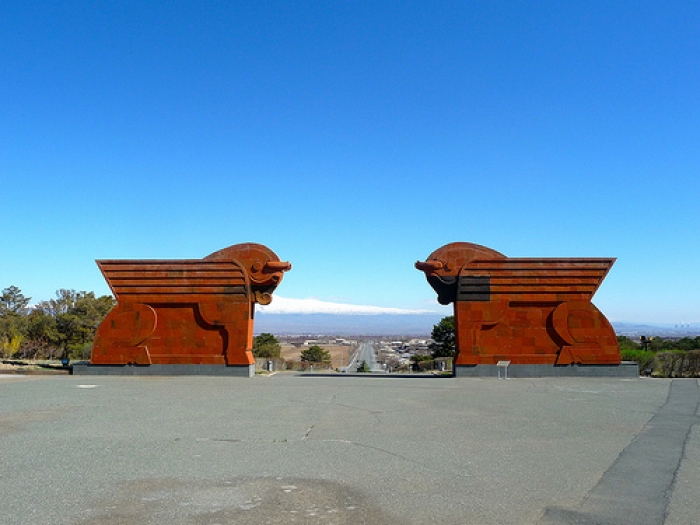 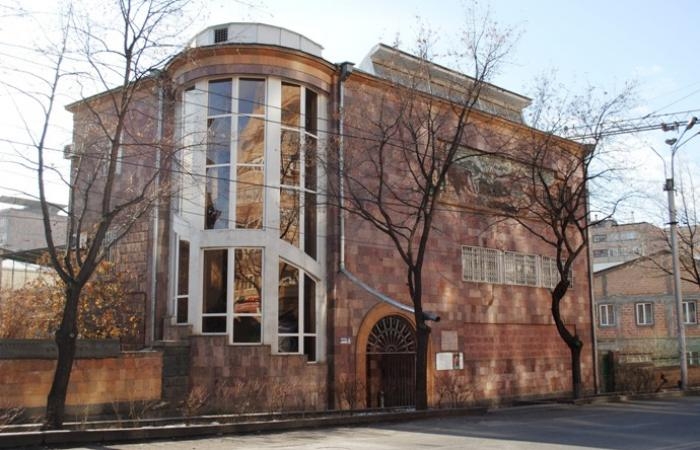 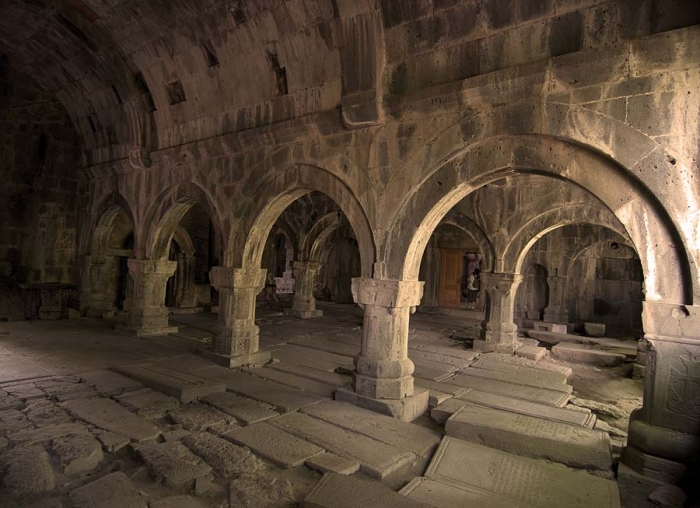 Talin settlement is as old as 1st-2nd centuries that is inscribed in the medieval manuscripts by Armenian historians like Stepanos Taronetsi, Mkhitar Ayrivanetsi, and Vardan Vardapetsi.

Some architectural details of Talin are similar to that of Zvartnots Temple which gave ground to suppose that the Talin Cathedral is a contemporary construction with Zvartnots Temple dating back to the 7th century. The big temple of Talin is a unique monument of Armenian Church architecture and belongs to a three-nave vaulted type of basilicas. Its prototype in the beginning of VII c is the reconstructed Dvin's St. Gregory temple, which from three-nave basilica turned into a three-bayed temple. That was achieved by adding bays into the longitudinal walls, which were half-rounded from inside and polyhedral from outside. This new idea of foundation, improved in Talin's temple, became a complete, independent and the unique example of early medieval church type.

View the embedded image gallery online at:
http://eltravelclub.am/en/attractions/temples-churches-castles/item/217-talin-cathedral#sigProId8d26632958
back to top