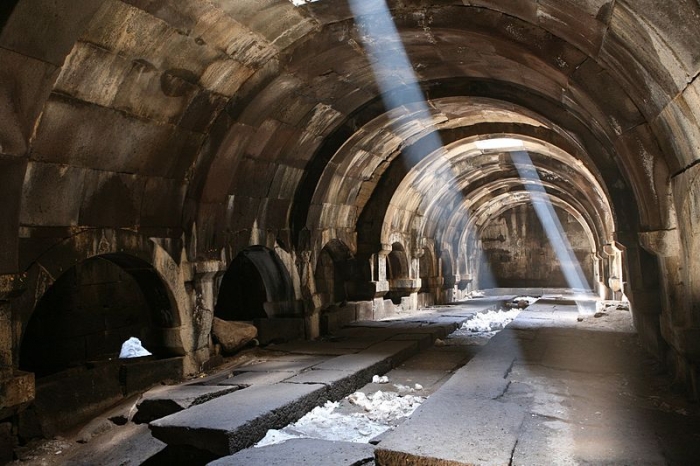 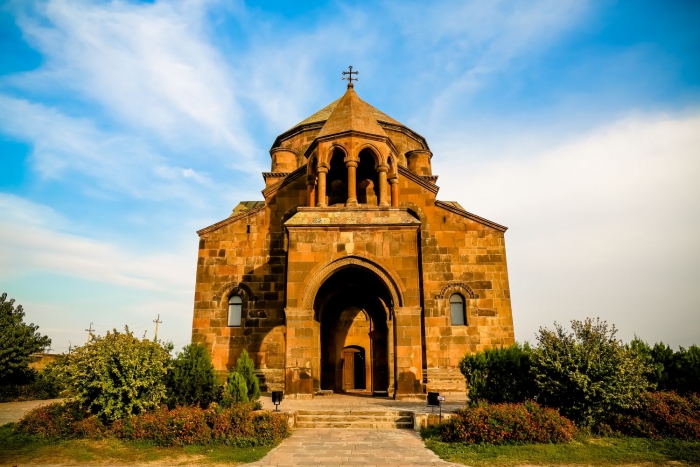 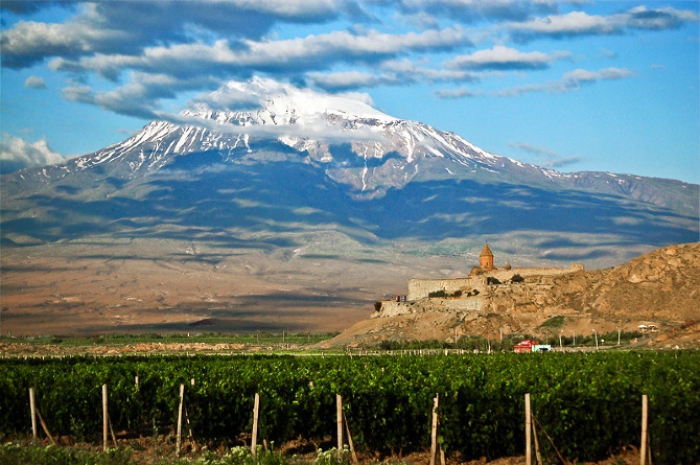 Khor Virap Monastery Complex stands on the left bank of the Arax (Yeraskh) River, in the shadow of Mt. Ararat (5165 m. and 3925m.). In this place, Gregory the Illuminator, the 4th century founder of the Armenian Apostolic Church, was imprisoned in a deep dungeon for 13 years before starting his mission of converting the Armenian Kingdom to Christianity. KhorVirap was initially one of the prisons of the ancient Artashat capital of Armenia founded in 189-189 c.BC by Artashes I, the founding monarch of the Artashesian Dynasty.

The first structure that you see after passing the gateway is St. Astvatsatsin Church (17th century). The church is built on top of a rock dome, sloping edges of which jut out from the courtyard paving. The church, a domed hall type, was destroyed during the Timurid invasions of the late 14th century and rebuilt in the 17th century. It was damaged again by earthquakes and rebuilt or renovated in 1939, 1949 and 1957 before its most recent renovation in this century. The most recent renovation was in 2000-2001 within the framework of the1700th anniversary of proclaiming Christianity as thestate religion in Armenia.

The pagan temple Goddess Anahit was located in the area where the present Astvatsatsin now stands. It was, along with the Temple to Apollo-Tir (Mher), one of the most important temples in the old city, and was covered with marble and copper plate, its treasury lavished with statuary, gold and silver plate.

Among artifacts found in early excavations was the head of an idol to Anahit, goddess of fertility and motherhood. One of the most beautiful sculptural pieces from the Near East, a copy is in the State History Museum in Yerevan. The original is now housed at the British Museum.

View the embedded image gallery online at:
http://eltravelclub.am/en/attractions/temples-churches-castles/item/205-khor-virap-monastic-complex#sigProId9960184533
back to top